DYSTONIA AWARENESS AND WHAT YOU NEED TO KNOW! 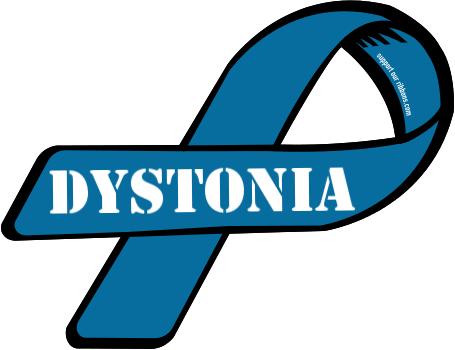 Dystonia is a disorder of the muscle which can cause symptoms such as tremors and unusual body movements that are uncontrollable to an individual. Sometimes this disorder can result in difficulty speaking, worsening of handwriting, neck movements, and/or rapid eye blinking. In severe cases, some of these symptoms can be painful. Dystonia is not a single condition, but a range of disorders. Dystonia can be broken down into three types: Idiopathic, Inherited and Acquired Dystonia.  The most type is being Idiopathic. The causes of Idiopathic Dystonia are unknown and there are no degeneration or structural damage to the brain. In cases such as Inherited Dystonia, the individual has inherited the gene causing dystonia, but there is no structural damage. However, in Acquired Dystonia, individuals often have damage to the brain's basal ganglia or other regions that control movement and production or transmission of the brain's neurotransmitters. The basal ganglia is responsible for sending signals to the muscles instructing them when to move and when to stop moving. It is a part of the brain that not only monitors the speed of movement, but also controls unwanted movements.  Acquired Dystonia may come as a result of brain trauma, a stroke, tumor, oxygen deprivation, an infection, drug reactions, and/or poisoning caused by carbon monoxide.


Symptoms of dystonia can occur at any age. If dystonia symptoms occur in childhood, they generally appear first in the foot or hand, but then they may quickly progress to the rest of the body. After adolescence, the progression rate tends to slow down. Studies have shown that this particular disorder can show up in either childhood or as an adult. Early symptoms may also include the following:
In addition, Dystonia is often classified according to the parts of the body it affects or based on patterns which may include the following: (click on each one for further explanation) 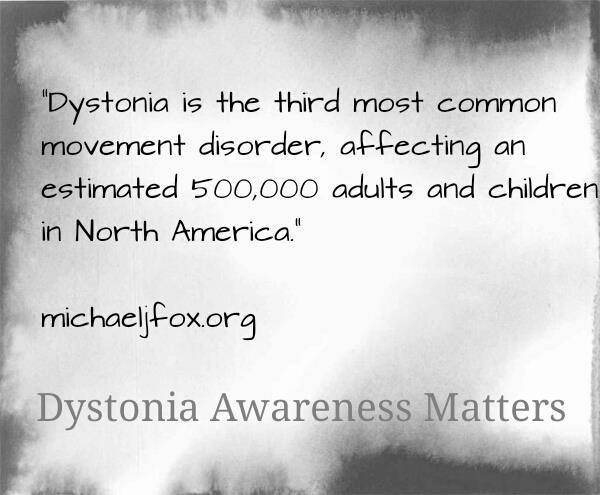 In more severe cases, Dystonia can affect breathing. For example, it  can cause difficulty breathing when the upper airway is impacted.  In certain cases involving the vocal cords, this disorder can cause shortness of breath creating a  tightness that is present mostly when speaking. If Dystonia involves the spine, twisting of the torso can limit how much the lungs can expand when breathing, which can cause shortness of breath. Finally, in the case of the bladder, Dystonia may also make it difficult for an individual to pass urine, however, this may be a symptom of another neurological disease such as Parkinson's Disease.

Currently, there is no cure for Dystonia. However, botox injected into affected muscles prevents muscle contractions and can provide temporary improvement in the abnormal postures and movements. While not life threatening, Dystonia can lead to social anxiety, depression and anxiety. Many people are not aware that this disorder exists or how life changing, challenging and devastating to those who are living with this disorder. There is a huge push to make September Dystonia Awareness Month. For more additional information on this disorder, please feel free to contact:

RELATED TOPICS
Wherefore, my beloved brethren, let every man be swift to hear, slow to speak, slow to wrath: For the wrath of man worketh not the righteousness of God. — James 1:19-20 (KJV)